Blaine County’s Recycle Center processes cardboard, paper, plastics, tin, and aluminum. More than 2,000 tons of material are bailed and sold as commodities each year. The county has greened its operations through energy and water conservation projects and demonstrates clean energy technologies through a solar thermal hot water system at the Public Safety Facility and an electric vehicle charging station at the Annex Building that is available for public use. Learn more about the Recycle Center here.

The City of Ketchum developed a comprehensive sustainability plan to lead by example in their own operations, inspire the community and outline long-term targets toward a resilient future. The plan outlines a set of actions to reduce energy use in municipal buildings, transition to clean energy and electric vehicles for city operations, reduce water use in municipal operations and throughout the community, and reduce waste with a goal to reach zero waste by 2050. A recent accomplishment was the completion of the Ketchum Fire Station, on track to achieve a LEED Silver certification.

In response to the overwhelming public demand for greater attention to climate change and community resilience, the City of Hailey will embark on an ambitious and impactful new approach to tackling these challenges. In 2020-21, the city adopted the 2018 International Energy Conservation Code, updated the solid waste franchise agreement to improve recycling and add food and green waste recycling, and entered into a cooperative agreement with Idaho Power to work toward common clean energy goals. 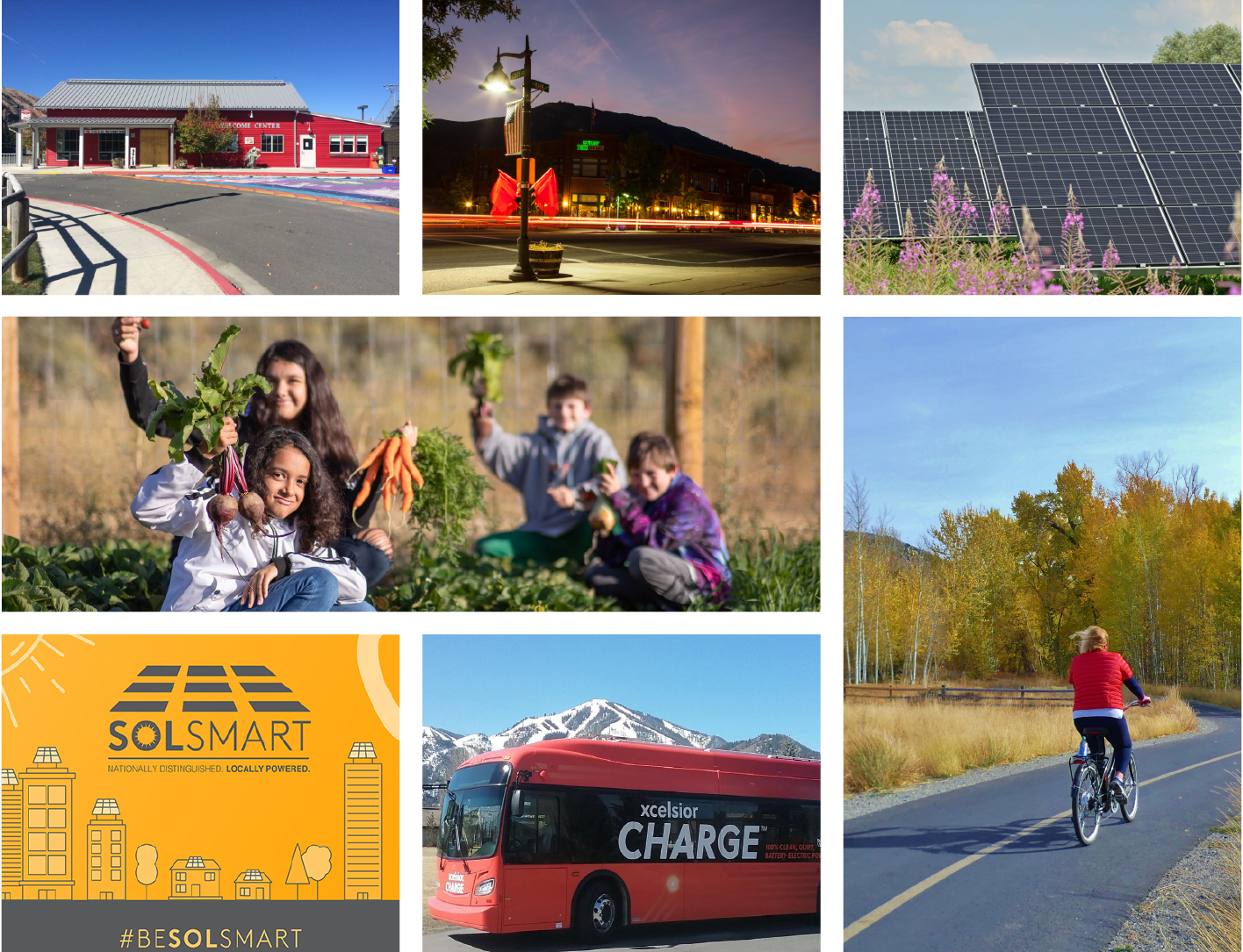